In this article we clarify the various methods recommended on the internet and from your trusted builder to remove mold from the walls, making it clear that you have moisture from condensation in your home.

If you do not know the difference between condensation humidity or rising damp, please read the previous articles.

But before telling you what to do to permanently eliminate mold on walls, let's start with what NOT to do to avoid throwing money at the wind.

Among the 5 most recommended methods for removing mold from walls, we find:

Why don't traditional mold remedies work?
Beyond urban myths and legends, all the proposed methods unfortunately act on a chemical level, consequently in the immediate term it seems that the problem is effectively eradicated, but in reality what it is going to do is only "cover" the problem, because in reality, over time the mold will resurface on your walls.

The mold appears due to moisture from condensation which is formed due to a sudden change in temperature, in fact the water vapor abruptly passes from the areiform state to the liquid state, forming a myriad of droplets on the flat surfaces of walls and ceilings.

from the normal humidity of the room
from the breathing of the people present
from cooking operations, and especially from boiling water
from the saturation of humidity that is obtained in the bathroom for example during a hot shower
The temperature change is instead favored by several elements, including:

a bad or inefficient thermal insulation of the perimeter or roof walls
drafts and drafts caused by old windows or with inefficient gaskets
presence of thermal bridges, especially in fronts facing north
few air changes and / or insufficient ventilation
use of materials (paints, coatings or insulation) that do not allow the evaporation towards the outside of a portion of the humidity.
To remove mold from the walls we used ...?
We who have been working in this sector for over 13 years know very well what to do to remove mold from walls.
The solution is called KontrolAIR, ok it might seem the classic self-referential article but in reality it is at present the only definitive solution to the problem of condensation moisture that generates mold on the walls.

KontrolAIR is an intelligent VMC (Controlled Mechanical Ventilation) system that, thanks to a series of integrated sensors and its advanced processor to manage air flows, allows to optimize the environmental comfort of the room in which it is installed, whether it be a living room , a bedroom, a bathroom with shower or a basement room.

KontrolAIR, allows an air recycling that reduces the possibility of mold growth to 99.99% by normalizing the humidity level and creating a healthy environment. 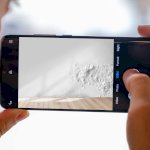 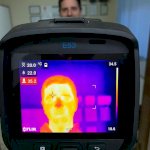 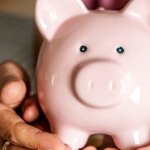 We will call you for free and without any obligation

If you prefer, you can chat whit an our operator

An operator is recalling you.